January 12, 2017. I will add some additional information here about this article’s content.

You can do a search for the following terms:

This brings up relevant information. Initially, PicScout had information about being a wholly owned, independent subsidiary of Getty Images on their main website as well. Now they are trying to distance themselves both from Getty Images and from License Compliance Services. However, at the time of writing this article, they still have the following page up, Getty Images Acquires PicScout, which states that PicScout is “a leader in identifying image use, metadata and licensing information on the web” and that the objective is to ensure a stronger overall content licensing industry.

Further, at the time I posted the article below, License Compliance Services was not registered as a company anywhere in the U.S. They just fraudulently tried to appear as an independent company.

In addition, the demand letter that I received from License Compliance Services asked me to make a check payable to PicScout. (Of course, I did not send License Compliance Services / PicScout any check. Why would I? If anybody owes money, then in this situation it’s PicScout that forced me to work on this case with its unvalidated demands and threats. Thus, I sent PicScout an invoice, which is unpaid and, thus, continues to accrue interest.)

Further, at the time of posting this article, License Compliance Services and PicScout shared exactly the same address and business office. Since then, PicScout has removed its US address from its website and left only the Israeli address. Similarly, PicScout has removed reference to being a wholly owned, independent subsidiary of Getty Images from its main website.

Further, PicScout is apparently trying to reposition itself and to create a different brand. At the time they made a deal with Getty Images in 2011, PicScout positioned itself as “a leader in identifying image use, metadata and licensing information on the web.” Now, PicScout is trying to position itself as an information technology company that “showcases an industry leading image intelligence system.” So, they don’t want to appear as being part of an extortionist ring that has caused distress to millions of people – that’s not good for the business image!

These are the clarifying comments that I hope you will find useful. Below is the original article and a copy of the letter I sent to PicScout.

As a Consumer, You Have a Choice to Make

This License Compliance Services bogus entity is asking me to pay for an image that I have been using on my personal website since 2011. I received this image from the same sources that I did the rest of the images. Below is my response letter.

If you receive a letter with unvalidated monetary demands, as a consumer, you have a choice to make. You can pay what’s demanded from you, or you can request validation.

These unvalidated monetary demands are usually accompanied with threats, which makes them a form of extortion.

Extortionist in general cannot validate their demands, and the same applies to copyright abusers. So, that’s how you can put an end to their demands.

You are a consumer in such situations, and these entities all sell something dubious: they all sell protection from their harassment and extortion.

Mafia operates the same way. (Coming to think of it, because no records exist that the relevant original transactions ever happened, the copyright abusing business probably lends itself quite nicely to money laundering.)

The business model works so, that if you pay, you get the service, which is that they leave you alone and will not bother you any more. Although, they may come back and ask for more money. As far as I know, that has happened, too.

Their job is to sell you their service. As many sales people do, they look for targets that seem to be susceptible to their influence.

Many of them are on commission and that works essentially on variable ratio schedule of reinforcement. Every once in a while they get a big payoff, which then reinforces the behavior.

These companies may brainwash their employees into believing, that they do the right thing by making unvalidated monetary demands.

Entire groups of people can be brainwashed. Think of cults, for example. History has shown, that brainwashing can also be done on a very large scale. Think on Nazi Germany, for example. That’s not fictional. That’s all very real.

Invoicing the extortionist can also help to end the unvalidated monetary demands.

As far as I am concerned, all means that are not illegal are acceptable when fighting extortion.

Of course, these extortionists are all blood sucking social parasites. We need a government that puts an end to such operating practices and focuses instead on creating value. That’s what has been missing from the picture for years: focus on creating value. Instead, comparatively more focus has been on trying to suck the life out where life exists.

Such operating practices will inevitably come to an end.

Regarding this demand and your assumed client’s copyright infringement claim, by 10/12/15 please provide the following for the image in question:

Please note, that the proof furnished must cover the entire period of time that is relevant to this case. The Case Background subsection below contains additional relevant information. If the image in question is available exclusively through your client now, but was available through other sources in the past, your demands are baseless and will be considered to be acts of extortion.

Further, please note that your company made demands for payment. Thus, the burden of proof is on you.

Further, please note that this is an open letter that I will publish on the Internet, on StopExtortion.org so that it is accessible to the general public and to other institutions.

Other than the photo of me, all the images on my website ProjectDeveloper.com are either original images that represent my database work, or original collages that I have created, or images that were created based on my instructions.

Your correspondence refers to an image that I put on the Internet in September of 2011, after I had completed a creativity management project that I had been working on over several year period of time.

From 2006 to 2011 I worked with contractors on several website development projects. Some of this work is documented on http://www.elance.com/e/creativitymodel/

In 2009 I received over 100 images from contractors whose names, company and email addresses are listed below. In addition to assisting me with other website development tasks, these contractors conducted Internet searches for me for images, based on the criteria that I provided.

I paid the contractors for these services and specified, that all the images must be available free of charge without any usage restrictions, and inquired about the source of the images, to make sure that I am not in violation of any copyright laws. The sources of the images were:

These contractors keep their own libraries of free images and may have obtained the said images before 2009.

Contractors Who Furnished the Images

I did send Mr. Miller both the company name and website address, and names and emails of 4 people who were involved in rendering the web development and image obtaining services to me that I paid for. Because I do not have any reason to doubt the integrity of this company and its employees, I will not publish this company and employee information on this website.

The enclosed invoice contains information on the compensation that your company owes me at this point in time for using my labor on a case that is intended to enrich your company. If you want to avoid paying interest on your debt to me, you must pay the full amount before the due date.

Please note, that full payment of the enclosed invoice does not release your company from harassment and extortion charges.

Please note, that full remittance of this invoice is your company’s responsibility regardless of any circumstances.

Please note, that in accordance with the First Amendment to the U.S. Constitution, I reserve the right to post on the Internet my communication to you, which may also include quotations of your communication to me.

Unless you furnish the requested validation, demonstrating that you have the right to make any kinds of demands at all, I have absolutely no intention of even considering the removal of the image in question from my website.

Based on the information available to me at this point in time, the legitimacy of your company’s demands is questionable, to say the least.

However, please feel free to prove me wrong, and I will post a relevant public note on StopExtortion.org. Until then, based on the available information, your company remains nothing but a suspected extortionist.

Upon receipt of all of the above information and copies of the relevant documents, I will evaluate the evidence received.

In either case, you must specify the grounds for your monetary demands, and itemize in writing the calculations that add up the amount demanded.

If your client elects to seek actual damages, you must identify in writing the damages that are conclusively attributable to the case in question.

If your client elects to seek statutory damages, you must provide written conclusively proof that willful infringement has occurred. After you have provided the requested proof, I will review it and will inform you of my decision.

Please note, that If your company makes unvalidated monetary demands and keeps repeating them, then that may qualify as both harassment and extortion. Please note, that I reserve the right to take appropriate actions.

Furthermore, if your company’s further actions force me to do more work on this case in unfree labor conditions, I will continue to invoice your company for usage of my labor. 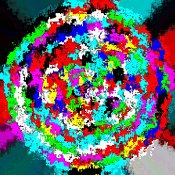 Have they replied to your letter? Thanks

No response. Haven't heard from them. They just moved on to the next victim.

You need to be a member of StopExtortion to add comments!

If you find the information on this website useful, please link to www.StopExtortion.org

Your linking to this website can help other people to find it and, thus, can benefit people.

Thank you in advance for your help!